1. What is the relation between weight loss and hair loss?

Losing weight can lead to a condition called telogen effluvium, in which there is a sudden onset of severe hair fall, often in clumps together. This happens typically after a drastic weight loss session and while in some cases may start immediately, in many cases can start even 2-3 months after the weight loss has occurred.

2. Why are women more susceptible to this?

Women tend to have their iron counts drop very easily often due to the blood loss that occurs during periods. Which is why, many women even when overweight, have latent anemia which is then is easily exacerbated further with any weight loss program, thus making women more vulnerable than men. The worse part is that while the eventual weight loss may not be much, hardly 2-3 kgs, the resulting hair fall can be tremendous. Off late we have had a lot of patients who started with hair loss after using those slimming belts advertised on late night T.V.

Men tend to develop this condition when they over exercise. Regular exercises which involve just keeping fit are not a problem, but often men try to lose weight by doing muscle build up exercises or over exercising. Many trainers have this false notion of trying to convert their client’s body fat into muscle. Now while that may never happen, what certain does result is hair loss. In fact there a big school of thought which believes that over exercising has many harmful effects on the hair, because there is a lot of statistical evidence which shows that body builders and wrestlers tend to go bald faster than the general population. 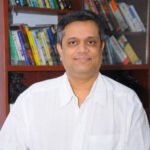