In this 2nd part of the series on hereditary hair loss in women, Dr Shahid Shamsher talks more about male baldness. 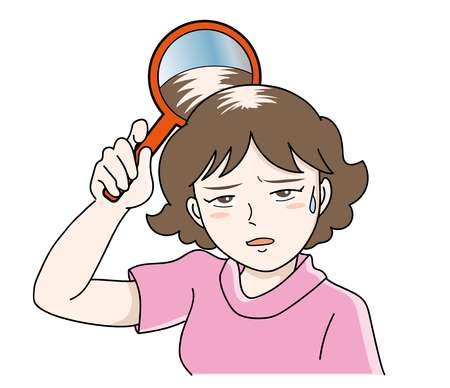 As per the name shouldn’t male baldness be found only in men?

The term male baldness is derived from the fact that this pattern of hair loss is mediated by the male hormone, testosterone and not because it should only occur in men. In fact while in men the causative factor is only hereditary, in women it can be either hereditary or hormonal or both.

Does it mean a woman will have more testosterone?

Yes and no. In certain conditions like PCOD there is an actual increase in androgen levels leading to male baldness. However in many cases the hormone levels are perfectly normal and yet male baldness develops. This is because the hair roots become more receptive to the male hormone, latching onto the molecules of male hormone leading to baldness. Something similar also occurs after menopause where there is a natural lowering of the female hormones allowing masculine features to develop like male baldness on the head and increase in facial hair seen as rudimentary moustache and beard.

So when would a women be more prone to develop male baldness?

There are 3 known situations where male baldness is triggered and continues to develop. Earlier the most common one was post menopausal; the second one is after childbirth and what is now seen increasing more often, the third one, which is with menarche or onset of periods.

Doctors will be consulting at HYDERABAD, KUKATPALLY