We usually take our skin’s pigmentation for granted till we either lose it or have too much of it. Vitiligo or leucoderma is a pigment disorder in which there is loss of skin color leading to milky white patches on the skin. People of all races and ethnicities have Vitiligo. What are the symptoms of Vitiligo?

People who develop vitiligo usually first notice white patches or spots on their skin. The skin remains normal textured, though some people experience itching in areas where the white patches are forming.

The white patches are more obvious in sun-exposed areas, including the hands, feet, arms, legs, face, and lips. Other common areas for white patches to appear are the armpits, groin and around the mouth, eyes, nostrils, navel and genitals.

Vitiligo in children is more common in girls than boys and starts with the segmental pattern. Koebnerization is frequently seen in children. Koebnerization is the development of white patches at sites of injury or trauma. Children experience frequent skin trauma during normal play. A family history of white patches is observed in 10% of adults. In contrast 12% to 35% is observed in children. Further adults with white patches are usually found to be suffering from a number of autoimmune diseases like diabetes, thyroiditis and alopecia areata. In contrast children are usually healthy.

What are the types of Vitiligo ?

In addition to white patches on the skin, some people with Vitiligo may experience white hair growing in on the scalp, eyelashes, eyebrows, and beard. Vitiligo generally appears in one of three patterns 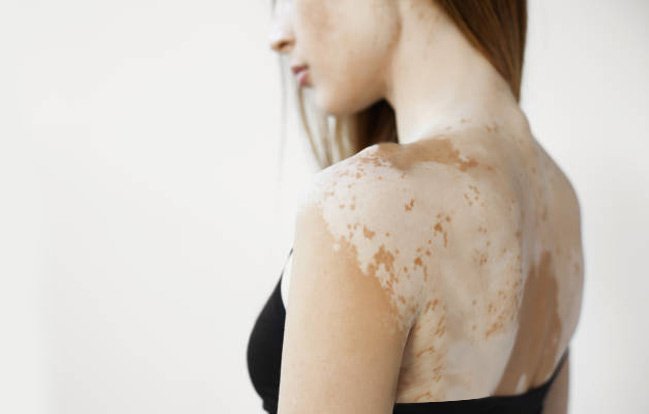 Sometimes the white patches develop only on one side of the body, thus called segmental Vitiligo For most people who have Vitiligo, the white patches occur on different parts of the body in a bilateral pattern.

What is the course of vitiligo?

Will the white patches spread over time? Will they get larger? Will the patches come on the face? These are questions which are most frequently asked. The answer is not so simple. In many cases, white patches do spread slowly over time. This however is not true in every case. There is no certain way of knowing whether the white patches will progress or not.

The course and severity of pigment loss differ with each person. In many cases vitiligo begins in a small area. Over time other spots may appear while existing spots may grow larger. Some people notice that their vitiligo may stay the same for years or even decades and then suddenly new patches may occur. Occasionally vitiligo patches may re-pigment spontaneously all by themselves with no treatment whatsoever. Many people with vitiligo do notice this happening at some point in their lives.

What are the causes of vitiligo?

Despite advanced research, medicine is still trying to figure out the exact cause of Vitiligo. Scientists have not completely understood the disorder and there are numerous theories. However a genetic predisposition or susceptibility to vitiligo exists in most people who develop vitiligo.

Vitiligo is an autoimmune disorder in which the immune system sees the persons own melanoyctyes as foreign bodies and mistakenly attacks and destroys them. It can also be attributed to an abnormally functioning nervous system which may produce substances that injures melanocytes.

It is found that people with a genetic predisposition are more likely to suffer from vitiligo. In about 10% of families where a person has vitiligo the condition is seen in another family member. Though no one else in your family may show signs of vitiligo it is still possible that it is passed on genetically.

The most likely reason for this is that genes are inherited in a random fashion from both parents, so only sometimes will the genes which make a person susceptible to vitiligo come together in the same person. Those who do not inherit a complete set of the abnormal genes are unlikely to develop the disorder. Those people who do inherit a complete set may also need some other factor to trigger the vitiligo patches to appear. In this way vitiligo genes can pass through several generations of a family without anyone actually developing vitiligo.

The most common chemical that can induce white patches on the skin is para-phenylene diamine (PPD) in hair dyes. As PPD can also be found in black socks and footwear, the white patches may also affect the feet. Chemically induced white patches are also caused due to contact with para-tertiary butyl phenol (PTBP) found in adhesive bindi, cleansing and cosmetic products or in deodorants. The white patch initially presents at the site of application but can spread beyond the area as well.

Emotional stress, grief and traumatic events have been found to trigger vitiligo. The melanocytes are more susceptible to the damaging chemicals produced during emotional stress.

Scratches or common wounds or serious lesions from accidents, or severe sun burns can trigger vitiligo.

Diet, nutrition and digestive disorders may play a role in the destruction of melanocytes. Deficiencies of iron, vitamin B12, folate, copper and zinc have been associated.

What are the complications of vitiligo?

Other than the white patches on the skin, there are no other physical symptoms of Vitiligo. The patches of Vitiligo tend to sunburn more easily.

Vitiligo by itself does not lead to other conditions. However there are other autoimmune conditions which may arise in Vitiligo patients like thyroid disorders, diabetes, alopecia areata, pernicious anemia and lupus.

What Is The Psychological Impact Of Vitiligo?

In the 1960s Vitiligo was considered by Jawaharlal Nehru to be one of the three major medical problems in India in addition to leprosy and malaria. Even today in conservative families it is common to consider affected individuals or members of their family as unfit for marriage.

Women with Vitiligo are often discriminated against in marriage. If they develop Vitiligo after marriage, it can be grounds for divorce. Hence it is life-changing even though it is neither contagious nor life-threatening.

Those affected and their families face social stigmatization leading to low self-esteem, anxiety, embarrassment, anger and even serious depression. This can happen regardless of the extent of the illness, especially when exposed areas such as face and hands are affected. 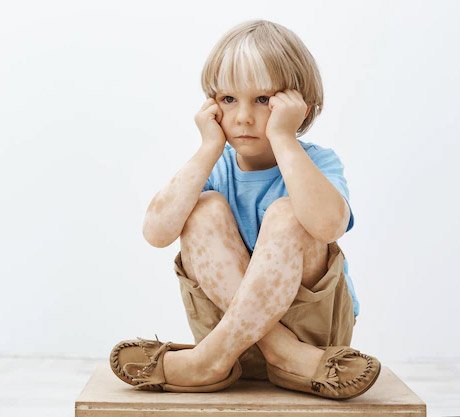 Are there any myths surrounding vitiligo ?

Because of the stigma attached to the disease and limited understanding of its causes till today there are many myths that surround white patches.

This is far from the truth and there is absolutely no scientific basis to this theory. Some are advised to completely avoid white colored food including milk. Apart from the trauma of having to suffer from white patches, patients are further imposed with unnecessary diet restrictions. This makes the patient live in fear and constant guilt for not being able to follow diet restrictions. Furthermore it can make the patient suffer from dietary deficiencies and in fact worsen the white patches. In reality Vitiligo has no connection with diet nor does it have any impact on the severity of this condition Myth 2 – White patches are caused because of a curse. Touching a person with white patches or eating food cooked by the person will make it spread to others.

This is also not true. By nature, Vitiligo is merely a pigment disorder and does not influence the physical or mental abilities. Vitiligo is not contagious by nature therefore cannot be transmitted through touch, sharing personal items, saliva or intercourse. It is not related to disorders such as leprosy or cancer.

It is time to shun these old school misconceptions. Those who look down upon patients with white patches are more in need of help than the people suffering from it. How is vitiligo diagnosed ?

The diagnosis of Vitiligo can be confirmed by a skin professional. Not all white patches are Vitiligo. Fungal infections, healed eczemas, sun allergies and guttate hypomelanosis are common conditions which can mimic early Vitiligo. So when one sees white-colored patches on the body they should consult an expert to verify the diagnosis and allay fears. There are characteristic signs that differentiate white patches caused due to vitiligo from those caused due to fungal infection. Vitiligo patches appear as irregular milky white patches with a well demarcated outline that is darker than the other skin. Fungal patches on the other hand are faint white and appear flaky on the surface. They occur mostly on sweat prone areas and distinctly glow under woods lamp.

Scientists found out that a molecule in black pepper, called Piperine has the potential to stimulate a uniform pigmentation in the skin and produced results which were cosmetically better than conventional therapies.

What are the treatment options for vitiligo?

For many people, the appearance of Vitiligo spells doom. Almost everyone begins to imagine the worse. However it is important to note that today there is more research and more treatments options available than ever before. In addition to topical applications and melanin stimulating oral medications, therapies like PUVA, narrow-band UVB, lasers, skin grafting and pigment transplantation and the use of immunomodulators have been developed.

Dr. Health’s Re-pigmentation therapy consists of a combination of therapies. 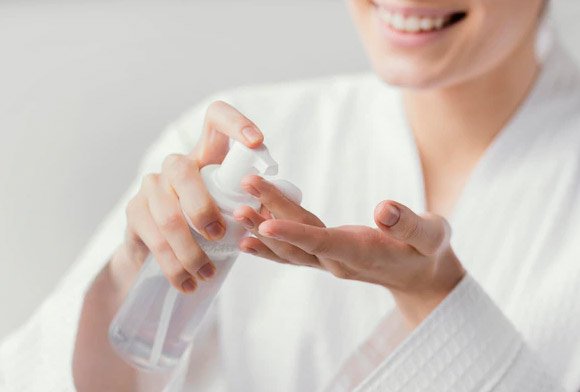 Includes those that stimulate the formation of melanin from the damaged cells.

Consist of immune-modulating drugs and those that can repair the cell damage and restore the pigmentation. 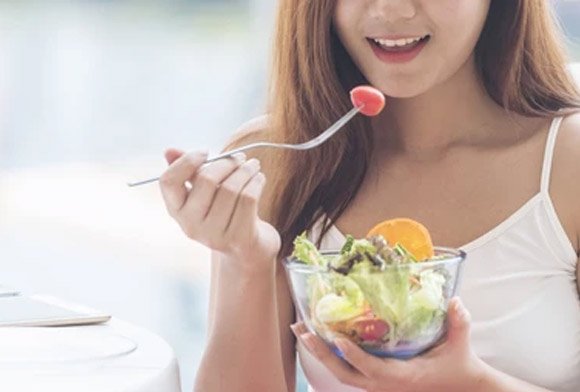 Consists of advice on a healthy balanced diet with nutrients from a variety of sources that can be helpful in treating Vitiligo. Based on specific allergies or irritation, some foods or food additives that can have a detrimental effect on Vitiligo may need to be avoided. 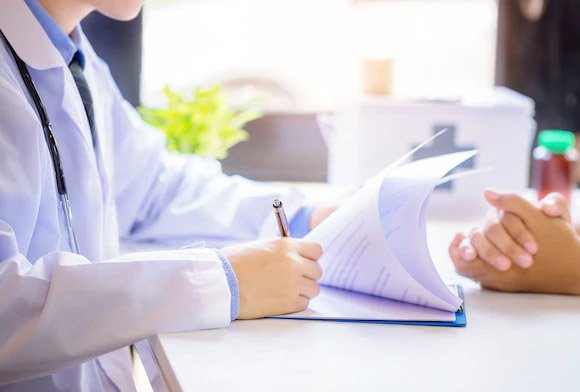 Apart from treatment the right skin care & lifestyle changes can be helpful. Patients often need to change their living habits depending on their individual presentation of Vitiligo. For example, stress can act as a hurdle and prevent the best of treatments from being effective. Also there would be less chances of controlling the spread of patches in the presence of abnormal thyroid and blood sugar levels. Reducing the risk of skin friction and trauma can also prevent newer lesions. Other triggering factors like infections, worms, allergens or irritants need to be determined and ruled out. Sun protection is extremely necessary.